The New York Times: The Pandemic Has a New Epicenter, Indonesia

THE NEW YORK TIMES, BEKASI, Indonesia — By the thousands, they sleep in hallways, tents and cars, gasping for air as they wait for beds in overcrowded hospitals that may not have oxygen to give them. Others see hospitals as hopeless, even dangerous, and take their chances at home.

Wherever they lie, as Covid-19 steals their breath away, their families engage in a frantic, daily hunt for scarce supplies of life-giving oxygen.

Indonesia has become the new epicenter of the pandemic, surpassing India and Brazil to become the country with the world’s highest count of new infections. ​ The surge is part of a wave across Southeast Asia, where vaccination rates are low but countries had until recently contained the virus relatively well​. Vietnam, Malaysia, Myanmar and Thailand are also facing their largest outbreaks yet and have imposed new restrictions, including lockdowns and stay-at-home orders.

In Indonesia, cases and deaths have skyrocketed in the past month as the highly contagious Delta variant sweeps through densely populated Java island, as well as Bali. In some regions, the coronavirus has pushed the medical system past its limits, though hospitals are taking emergency steps to expand capacity. 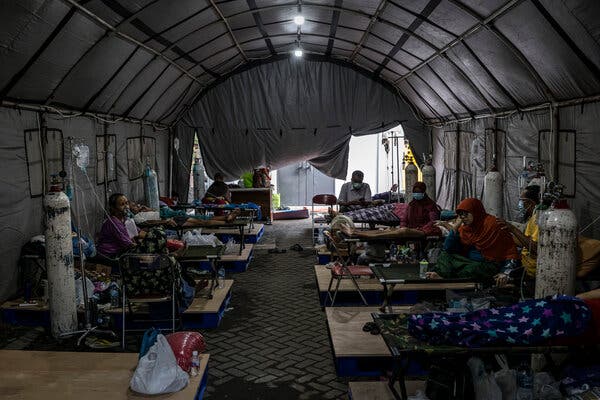 Bekasi Regional Public Hospital, where some Covid patients have waited days for treatment, has erected large tents on its grounds, with beds for up to 150 people. Nearby in Jakarta, the capital, a long line of people waited for hours outside a small dispensary, hoping to fill their portable tanks with oxygen.

Among them was Nyimas Siti Nadia, 28, who had been searching for oxygen for her aunt’s family, all sick with Covid.

“She is a doctor and she is afraid to go to a hospital because she knows the situation,” Ms. Nyimas said. “There are many instances where patients do not get beds or oxygen. If we go to the hospital, we have to bring our own oxygen.” 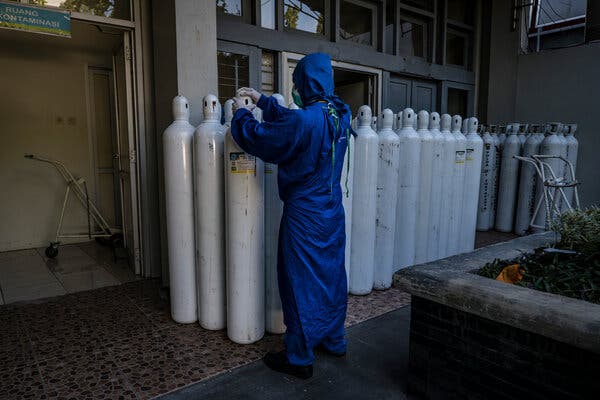 On Thursday, Indonesian authorities reported nearly 57,000 new cases, the highest daily total yet — seven times as many as a month earlier. On Friday, they reported a record 1,205 deaths, bringing the country’s official toll from the pandemic to more than 71,000.

YOUR CORONAVIRUS TRACKER: We’ll send you the latest data for places you care about each day.

But some health experts say those figures vastly understate the spread in Indonesia, the world’s fourth most populous nation, because testing has been limited. Dicky Budiman, an Indonesian epidemiologist at Griffith University in Australia, estimates that the true number of cases is three to six times higher.

In India, where the Delta variant was first identified, daily cases peaked at more than 414,000 in May, but have since dropped to about 40,000. 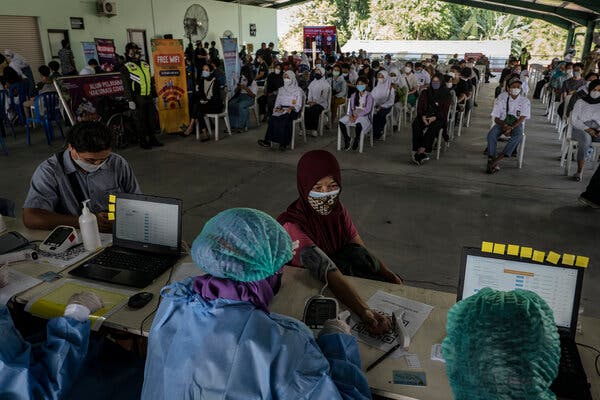 Despite Indonesia’s mushrooming caseload, officials say they have the situation under control.

“If we talk about the worst-case scenario, 60,000 or slightly more, we are pretty OK,” said Luhut Pandjaitan, a senior minister assigned by President Joko Widodo to handle the crisis. “We are hoping that it will not reach 100,000, but even so, we are preparing now for if we ever get there.”

Many Indonesians, however, have been facing their worst-case scenarios for weeks. 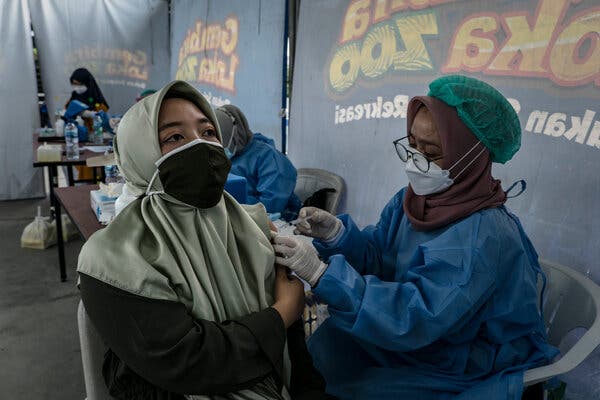 Family members describe nightmare scenes of trying to get a hospital to admit their sick relatives. Some hospitals were accepting only patients who brought their own oxygen, they said. At others, patients waited wherever they could find space to lie down.

In Bekasi, a city of 2.5 million that adjoins Jakarta, patients have flocked to the regional public hospital. To accommodate the surge, 10 large tents were set up on the grounds, equipped with beds for as many as 150 people.

Lisa Wiliana’s husband had been in one of the tents since the previous day, waiting for space in a ward. After nine days of sickness, she said, his oxygen saturation level had dropped to 84, well below the range of 95 to 100 that is considered healthy. The hospital was giving him some oxygen, but she had to arrange to get more.

“We are waiting for an available room because it is full,” she said. “What else can we do? The important thing is to get the oxygen, because he already had trouble breathing. It was scary.” 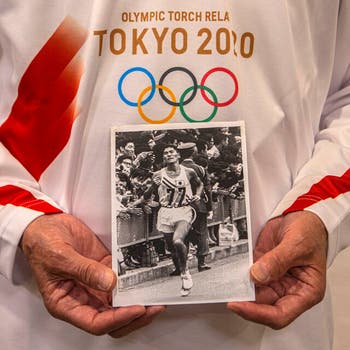 Elegy for a Heartbroken Medalist 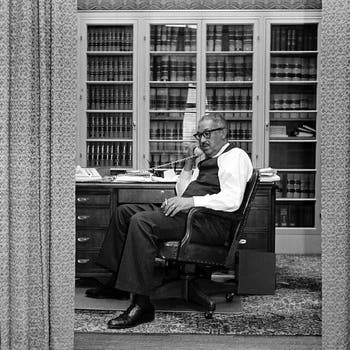 What Thurgood Marshall Taught Me 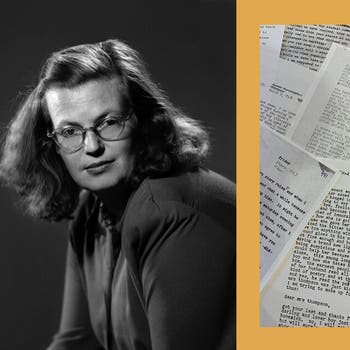 The Alternating Identities of Shirley Jackson 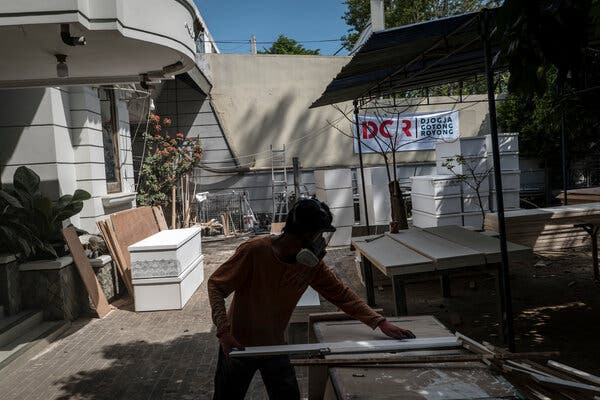 Even being admitted does not make getting oxygen a certainty. At Dr. Sardjito General Hospital in the city of Yogyakarta, 33 patients died this month after the central oxygen supply ran out. The staff switched to tanks donated by the police, but it was too late for many patients.

Overwhelmed hospitals have added thousands of beds, but on average, 10 percent of their health care workers are in isolation after exposure to the virus, said the secretary general of the Indonesian Hospital Association, Dr. Lia G. Partakusuma. Some hospitals are using five times as much liquid oxygen as normal, and distributors are having difficulty keeping up with the demand, she said.

“Some hospitals have said, ‘If you brought your own oxygen tank, please use it first because we have a limited oxygen supply,’” she said. “But it is not a requirement for them to bring their own oxygen.”

With hospitals so overcrowded, many people choose to stay home — and many die there. Lapor Covid, a nonprofit group that is tracking deaths from the disease, reports that at least 40 Covid patients a day are now dying at home. 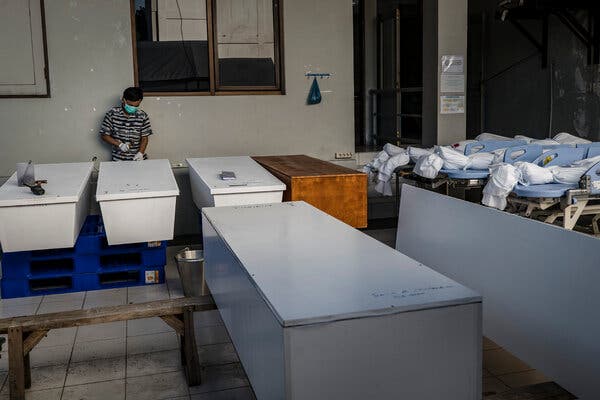 Mr. Joko, the president, has stopped short of a nationwide lockdown but ordered restrictions in Java and Bali, including closing places of worship, schools, shopping malls and sports facilities, reducing public transit capacity and limiting restaurants to takeout. The restrictions are set to expire on Tuesday, but officials are weighing whether to extend them.

Only about 15 percent of Indonesia’s 270 million people have received a dose of a coronavirus vaccine, and just 6 percent are fully inoculated. Indonesia has relied heavily on the vaccine made by Sinovac Biotech, a Chinese company, which has proved less effective than other shots. At least 20 Indonesian doctors who were fully vaccinated with Sinovac have died from the virus.

This week, the United States donated 4.5 million doses of the Moderna vaccine to Indonesia. Officials said the first priority would be to give booster shots to nearly 1.5 million health workers.

Dr. Budiman, the Indonesian epidemiologist in Australia, predicted more than a year ago that Indonesia would become a pandemic epicenter because of its dense population and weak health care system. He has urged more testing, contact tracing and isolation of infected individuals. 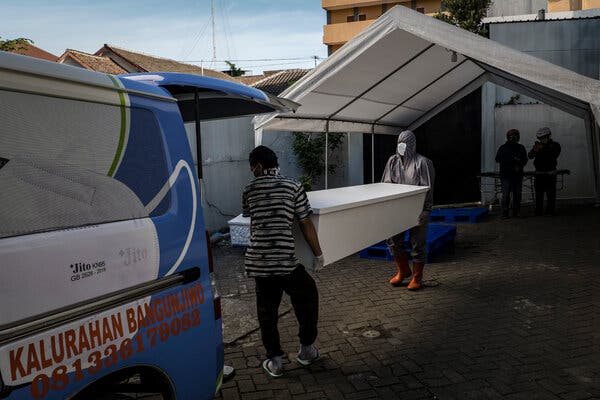 Indonesia’s health minister, Budi Gunadi Sadikin, said Friday that the country had increased testing to about 230,000 people a day, from about 30,000 in December. His target is 400,000 a day.

But Dr. Budiman contends that testing is still woefully limited, noting that in recent days, the share of tests that came up positive had risen to more than 30 percent. Health experts say a high rate is a sign of too little testing.

“For more than a year, our test positivity rate has almost never been below 10 percent, which means we are missing many cases and we cannot identify the majority of infections and the clusters,” he said.

Outside the small CV Rintis Usaha Bersama oxygen shop in South Jakarta, more than 100 customers lined up in the street with their oxygen tanks and waited hours for the chance to refill them.

Alif Akhirul Ramadan, 27, said he was getting oxygen for his grandmother, 77, who was being cared for by family members at home. He said that her condition had suddenly worsened and that her tank was running low.

“Now it has to be refilled,” said Mr. Alif, who has had Covid twice. “There is no backup at home. That is why we need to refill it quickly.”

Richard C. Paddock has worked as a foreign correspondent in 50 countries on five continents with postings in Moscow, Jakarta, Singapore and Bangkok. He has spent nearly a dozen years reporting on Southeast Asia, which he has covered since 2016 as a contributor to The New York Times. @RCPaddock

Muktita Suhartono reports for The New York Times in Indonesia and Thailand. She joined The Times in 2018 and is based in Bangkok.

The New York Times
The Pandemic
Has a New Epicenter
Indonesia